Since the systems established by the Radio and Television Supreme Council (RTUK) for the monitoring of television and radio broadcasts fell behind the current technological developments, it was decided to launch the Digital Recording and Archiving System (SKAAS) Project in order to monitor, record and archive the radio and television broadcasts in the digital environment.

SKAAS Project was realised together with TUBITAK (The Scientific and Technological Research Council of Turkey) as a national initiative, in order to effectively fulfil the responsibilities indicated in the Law no 6112 for monitoring and regulating.

By the completion of the preparations and the specifications, RTUK and TUBITAK signed a contract on 22 February 2006. After the Project was put into practice by TUBITAK within the head office of RTUK in conformity with the timeline indicated in the contract, it was started to archive the television and radio broadcasts. In this regard, all required hardware was provided and software (open source) was uploaded to the system successfully. PARDUS, the national operating system developed by TUBITAK, is used in the computers of SKAAS users. Thus, there is no extra software licence charge paid for the software used in SKAAS System. 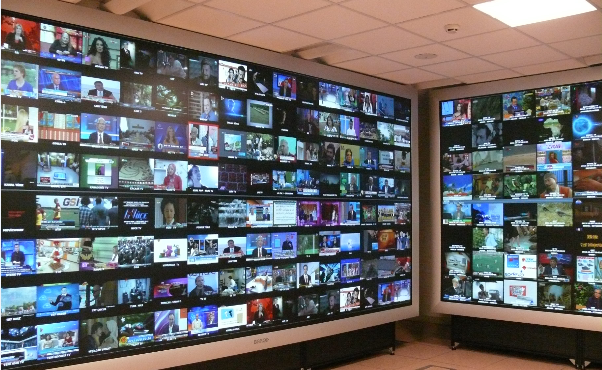 The processes of testing, adjusting and temporary acceptance were triggered off in January, 2008 and completed in August, in the same year. After the system was operational, broadcasts of approximately 110 televisions and 80 radios through satellite, cable terrestrial environment were started to be recorded, monitored and analysed. The system is operational 24 hours a day and broadcasts are ensured to be recorded and archived uninterruptedly by technical staff who work in shifts.

Since 2008, RTUK experts have been monitoring and evaluating the radio and TV broadcasts via computers in which the PARDUS operating system is set up and they are able to prepare monitoring reports and submit them to the Supreme Council in a short time. Broadcasts which are nationwide are kept in the archive for one year, the other broadcasts are kept for six months. Monitoring experts can access to the broadcasts on a specific date that they need to analyse and they can view the content easily by moving towards the frames. 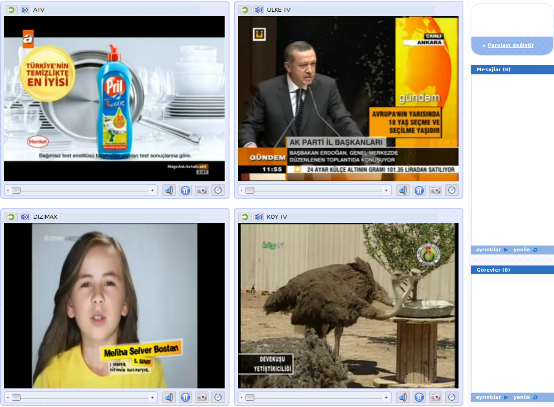 After the contract signed by RTUK and TUBITAK on 22/01/2009, the complementary SKAAS Project which would enable to transmit the local broadcasts, by recording them in the source, to the RTUK headquarter was initiated. According to the contract, it was planned to complete the project in a year. By this project, it was aimed to record, archive, analysis and monitor, under SKAAS system, the broadcasts of almost 200 televisions at local and regional level. 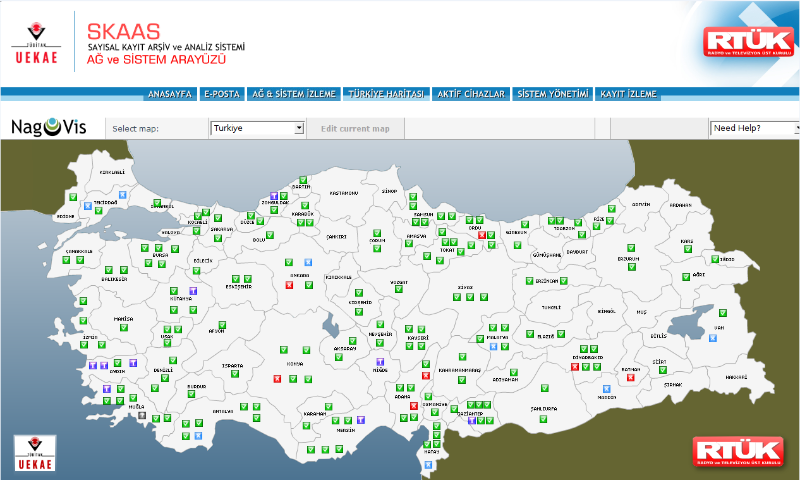 The installation and testing of the system was completed in May 2010. Thus, the local TV broadcasts which were recorded by the system, could be archived in the RTUK headquarter.

SKAAS, RTUK experts are able to monitor the broadcasts quickly, whether live or deferred, via their SKAAS integrated computers and they evaluate these broadcasts according to the Law No 6112 and report to the Supreme Council where they detect infringement. All these processes are conducted via computers through SKAAS live broadcast network. By this system, RTUK monitors and evaluates the broadcasts successfully, efficiently and properly.

Additionally, with SKAAS through their computers, RTUK experts are able to monitor all the radio and TV broadcasts covered by the system, create specific parts of their monitoring reports and make optical and/or acoustic analysis on the broadcasts.

Furthermore, before the SKAAS project was put into practice, monitoring experts had to use the videocassettes in which the broadcasts were recorded and the analogue video players in order to monitor these recorded content. This wasted serious time and energy and caused reduction in productivity as a result. On the other hand, SKAAS provided prevention from time wasting, increase in the qualified reporting and minimization of the loss of archived content.

Via the interface created in the project, through their computers in the meeting hall, the Supreme Council Members are easily able to follow the reports prepared by monitoring experts, scrutinize the content mentioned in the monitoring report and make their decision regarding the infringement.

With SKAAS, RTUK staff are able to access to the information that ensure effective coordination among themselves and this allows a shorter but more accurate decision making process.

SKAAS has created innovation and transparency in the services provided by RTUK.