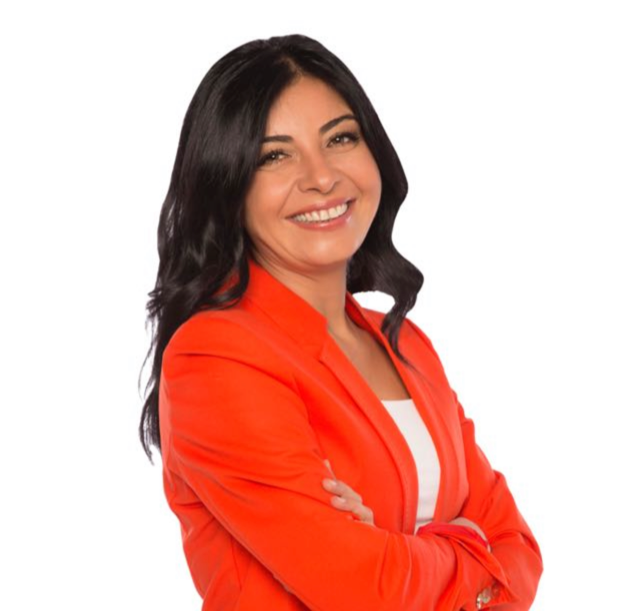 She was born in 1973. She studied at Ankara High School. She graduated from Istanbul University, Faculty of Communication, Department of Journalism in 1995. She started his career in 1992 at Anadolu Agency, Istanbul Regional Directorate. In 1994, she started to work in the Ankara office of Milliyet Newspaper. After Milliyet, she joined the team that founded Star Newspaper in 1999. During her working life at Star Newspaper, she worked as a correspondent for the Presidency and the Parliament. She started to write political backstages with the name of “551st Deputy”. In 2004, after working at Vatan Newspaper she moved to Akşam Newspaper, where she prepared weekly political interviews as a parliamentary correspondent and political backstage writer. After the Ankara Office of Vatan Newspaper was closed in 2014, she became the TV 6 Editor-in-Chief.

In 2016, she started to work as the Chief Media Advisor of Nationalist Movement Party Chairman Mr. Devlet BAHÇELİ.

In 2015, she was elected as the first female president of the Radio and Television Journalists Association, one of the oldest professional association in Turkey, and she continued this duty for two years. In addition to interviews and columns in the newspapers where she worked, she wrote many news articles. She hosted the productions of "Looking From Here", "Assembly Taxi", "Press Backstage", "Politics Without a Tie". She wrote a column on the Etikhaber website. At the same time, she also prepared and presented programs on TRT News Radio, Radio 1, Police Radio.

She won the Turkish Journalists Association Sedat Simavi Journalism Award with her news 'First Lady in the Center', published in the Akşam Newspaper in 2009.

She has a book titled “TGNA Tips for Those Who Want to Become a Member of Parliament” published by Alfa Publishing House.

In 2017, she was accepted to the Military History Program of National Defence University, Institute of Defence Sciences, as a graduate student, and graduated in 2020 with his thesis titled "The National and International Effects of Turkish Army’s Retreat to The East of Sakarya River During The Turkish War of Independence ".

She is currently a PhD student at the National Defence University, Atatürk Institute for Strategic Studies, History of War Department.

She is a permanent press card holder. She has excellent command in English.